Please use the drop down below to select your map preferences.

The North Highland distilleries are all coastal, except for Glen Ord, and that is a mere three kilometres (1.6 miles) from the sea. This proximity influences the flavour of the whiskies they produce, many of them having a noticeable saltiness. In general they are complex, medium-bodied and sometimes spicy. The most northerly (Pulteney, Balblair and Clynelish) are faintly smoky, especially the last, which can sometimes be mistaken for an Islay. They are mostly too delicate to benefit from complete maturation in sherrywood, but "sherry-finishing" Cie. re-racking into sherry-wood for the last year or so of maturation) suits them well. This technique was first developed at the Glenmorangie distillery near Tain.

Speyside is the acknowledged heartland of whisky production. Today, it contains two-thirds of the malt whisky distilleries in Scotland. Forty-nine are operational and three have closed (Dallas Dhu, Convalmore and Coleburn), although their malts are still available. "It would be no true — or, at least, no very discerning lover of whisky who could enter this almost sacred zone without awe." These words, written by Aeneas Macdonald in 1930, are as accurate today as they were then.

Speysides are generally sweet and high in estery notes, which makes them redolent of pear-drops and acetone (nail varnish remover), even of carnations, Parma violets, roses, apples, bananas, cream soda and lemonade. They have great finesse and are the most complex and sophisticated of malt whiskies. They are generally made from unpeated malt, although delicate whiffs of smoke can come from the barley itself. They tend to be lighter than other Highland and Island whiskies, although those that are matured in European oak (such as Macallan, Mortlach, Balvenie, Benrinnes and Glenfarclas) achieve a chocolatey richness. Some claim that the Keith whiskies often have a delicate woody aroma.

Prior to 1824, there were only two licensed distilleries on Speyside — Strathisla at Keith, which was founded in 1786, and Dalvey near Grantown-on-Spey, founded in 1798 and closed in 1828. The many hundreds of other distillers saw no need to register themselves, and cocked a snook at the authorities. As the Rev. John Grant, minister at Tomintoul, wrote succinctly in his entry for the Statistical Account of Scotland (1790): "Tammtoul [sic] is inhabited by 37 families... all of them sell whisky and all of them drink it"

Historians know of only 16 farmer-distillers who took advantage of the 1823 Excise Act. Although seven of them survived only a few years, nine are still in operation today. They are Aberlour, Cardhu, The Glenlivet, Longmorn, Macallan, Miltonduff, Mortlach, Glenburgie and Balmenach.

This region encompasses Perthshire, part of Dumbartonshire and Stirlingshire in the south, and part of Inverness-shire to the north. The landscape is intensely romantic and often very dramatic. The terrain is mainly mountainous, but the hills are divided by deep glens, lochs and broad straths (valleys). Most distilleries in the region, both historical and contemporary, were built along the fertile alluvial glens carved by the mighty River Tay, the largest river in Scotland, and its tributaries the Earn and the Tummel.

Barley grew well in the lush valley bottoms and water and peat were in abundant supply. In the past the whiskies of the region were often referred to as "The Perthshire Malts". In terms of flavour they tend to be lighter bodied and sweeter than other Highland malts, apart from the Speysides. Like the latter, they can be fragrant with blossom, elderflowers, heathen honey and söice. Unlike Speysides, they have the dry finish typical of other Highland districts.

The records list 128 distilleries as having been established within the Central Highland region, over 30 more than any other part of Scotland. All except nine of these were founded prior to 1840, and only five of the early establishments still exist: Glenturret, Blair Athol, Tullibardine, Glengoyne and Edradour. They were all farm distilleries, the leading surviving example of which is Edradour, near Pitlochry.

The East Highlands region falls almost entirely below the Highland Line, as defined in the Act of 1797, although above the original line drawn by the Wash Act of 1784. It embraces the old counties of Forfarshire and Aberdeenshire, and the whiskies of the region fall naturally into two groups, roughly corresponding to the old county boundaries. Eastern malts tend to be medium to full-bodied, smooth and sweetish, but with the recognisably dry Highland finish. They are malty and often slightly smoky; sometimes fudge- or toffee-like, with citrus notes, ginger and spice. They benefit from maturation in sherry-wood.

The countryside in the northeast of Scotland is bountiful. The traveller passes from the lush berry fields of Angus, through the rich red earth of the Mearns, into the rolling, pastoral scenery of Aberdeenshire, Buchan and Banff; the most desirable arable land in Scotland. It is also castle country. There are more castles and tower houses per square kilometre in the northeast than anywhere else in the world. This is an evocative reminder not only of the former wealth and success of merchants and landowners in these parts, but also of the troubled times they had to endure in the past. Indeed they were building fully defensible castles here later than might be expected; the last true castle in Scotland having been built at Leslie near Insch in Aberdeenshire as late as 1661.

These castles would have had still-rooms, as would many of the farms that populate the region. In total 76 distilleries are known to have existed in the east. The hey-day was immediately after the 1823 Excise Act. Some 36 distilleries were established in the region between 1825 and 1830.

In the words of the whisky enthusiast, Aeneas Macdonald, "With Forfarshire we have reached the southern edge of the range of North country malts that extends to Peterhead. The beautiful glens and uplands of the Sidlaws are the cradle of Glencoull, Glencadam, and North Port, the Brechin whisky. Kincardine adds two Mearns whiskies, Auchenblae and Glenurie, distilled at Stonehaven.

Apart from at Campbeltown, which is classified as a separate whisky region, there have been surprisingly few licensed distilleries in the Highlands, The Scotch Whisky Industry Record lists only 28, most of them early operations established before 1830, and many of them of unknown location.

Yet early travellers and commentators remark on the availability of whisky. The ministers who contributed reports on their parishes to Sir John Sinclair's Statistical Account of Scotland of 1794 often bemoaned the endemic habit of "dram-taking". Whisky was clearly made on many, indeed most, farms. Why did the owners choose not to register their activities as did their fellow distillers in the east? The answer is, first, they did not need to. Policing such a remote and diverse territory was nearly impossible, and magistrates tended to show favour to illicit distillers, from whom they no doubt received supplies for their cellars.

Second, the smallness of the barley crops in the West Highlands, owing to high rainfall and lack of fertile areas of any size, meant that barley had to be imported by distillers who chose to go into large-scale production. They also had to import fuel and export their product to the centres of population, and although sea transport has been highly developed in the west sincethe time of the Vikings, this added considerably to costs. Significantly, nine of the known distilleries in the west highlands were on the firth of clyde, another three were at ardrishaig newar Lochgilphead; three were close to Tarbert, and there was one each at Dunoon, Sandbank and Ardinacaple where transport to Glasgow and the Lowland markets was easier.

Equally significantly, the two surviving distilleries on the west coast today, excluding those in Campbeltown, ate both at rail-heads. The first is Ben Nevis distillery at Fort William, established by the much respected "Long" John Macdonald of Torgulbin in 1824 and the second is Oban, founded as early as 1794 by the entrepreneur Hugh Stevenson. 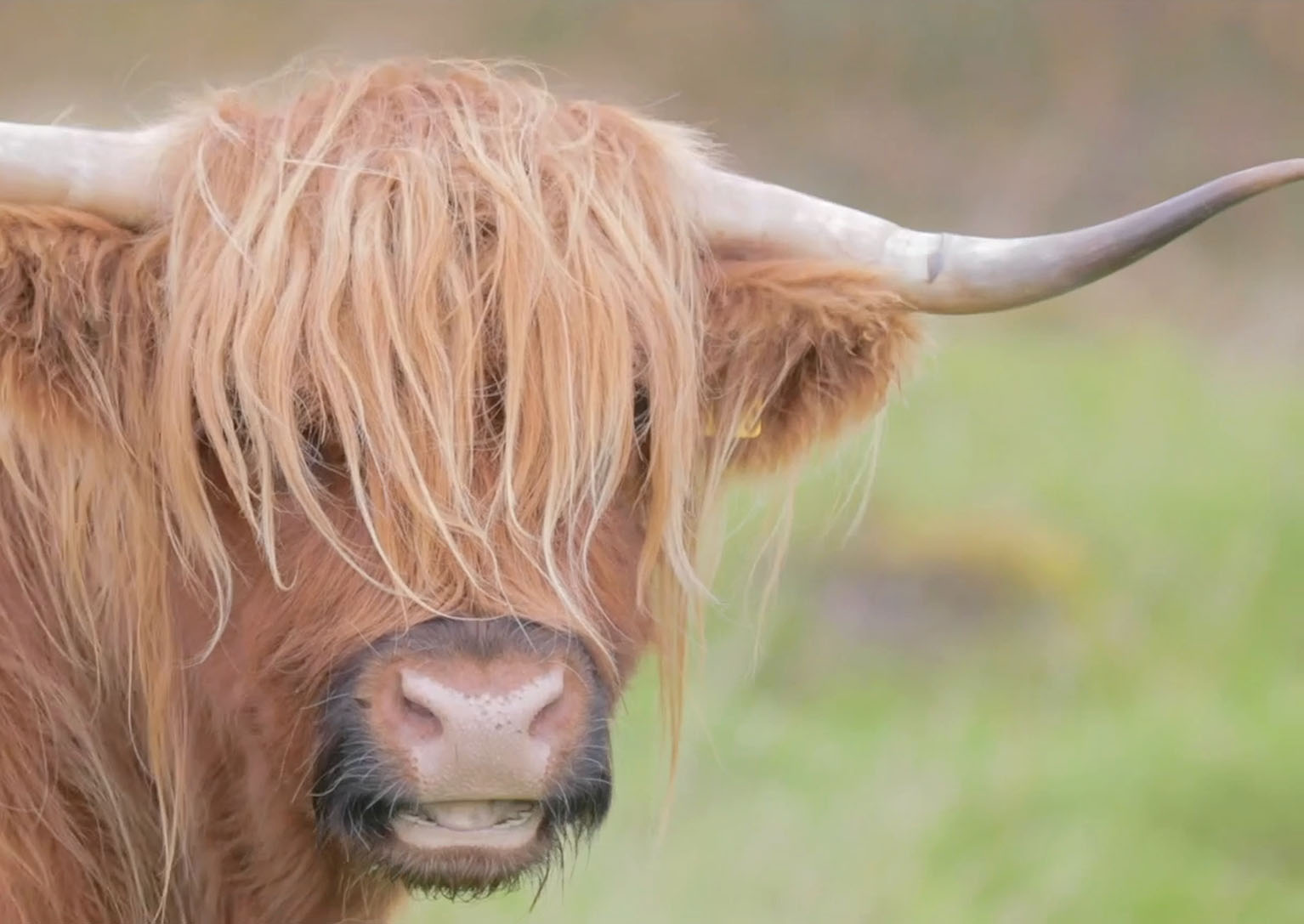 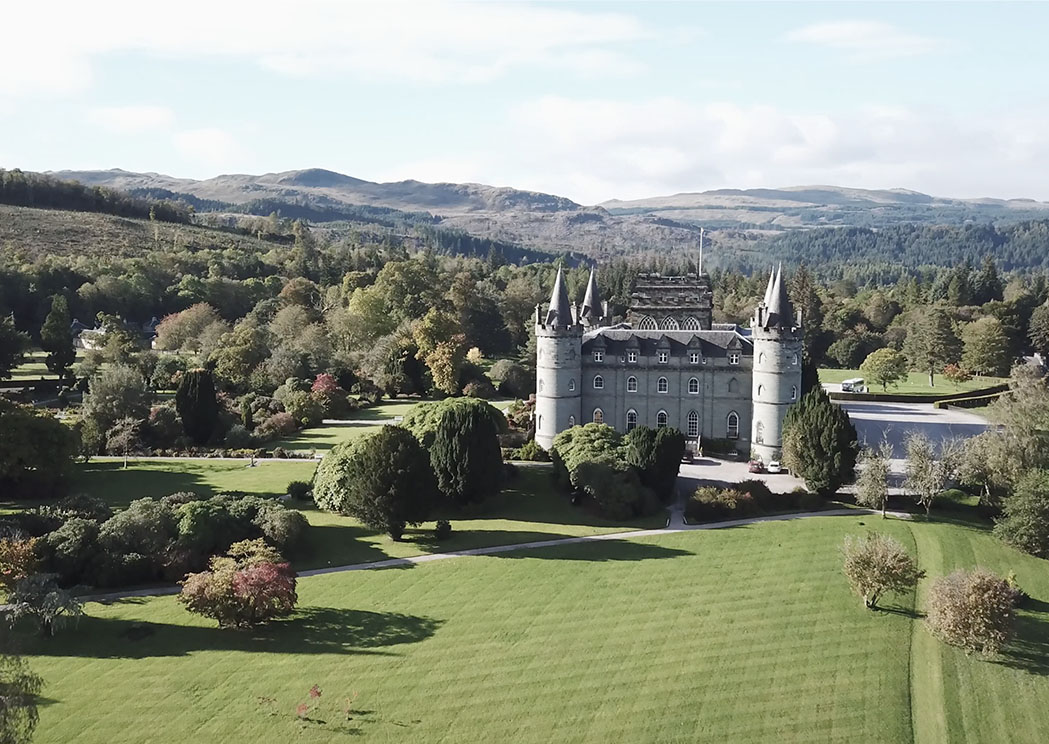